Born in 1965, Thierry Escaich studied organ, improvisation and composition at the Conservatoire de Paris (CNSMDP), where he won 8 First prizes and where he has taught improvisation and composition since 1992. Together with Vincent Warnier, he was appointed organist at the Saint-Étienne-du-Mont church in Paris in 1996 (succeeding Maurice Duruflé). He tours internationally as a performing artist and composer. His passion for the cinema has led him to improvise on the piano and the organ; he composed music for Frank Borzage’s silent film Seventh Heaven, commissioned by the Louvre in 1999. To date he has written more than a hundred works, awarded with the Prix des Lycéens (2002), the Grand Prix de la Musique symphonique from the SACEM in 2004, and on three occasions, in 2003, 2006 and 2011, the French Victoires de la Musique Composer of the Year award. Although he widely composes for the organ (solo pieces, chamber music, two concertos, La Barque Solaire [The Sun Boat] for organ and orchestra), Thierry Escaich is open to all genres, forms and instruments. He wrote a ballet for the New York City Ballet, The Lost Dancer, which was world-premiered in New York City in May 2010 under the title Why am I not where you are (choreography by Benjamin Millepied, scenic designs by Santiago Calatrava). After being composer in residence with the Orchestre National de Lille, the Orchestre de Bretagne and the Orchestre National de Lyon, he is now Associated Composer with the Ensemble Orchestral de Paris since September 2011. 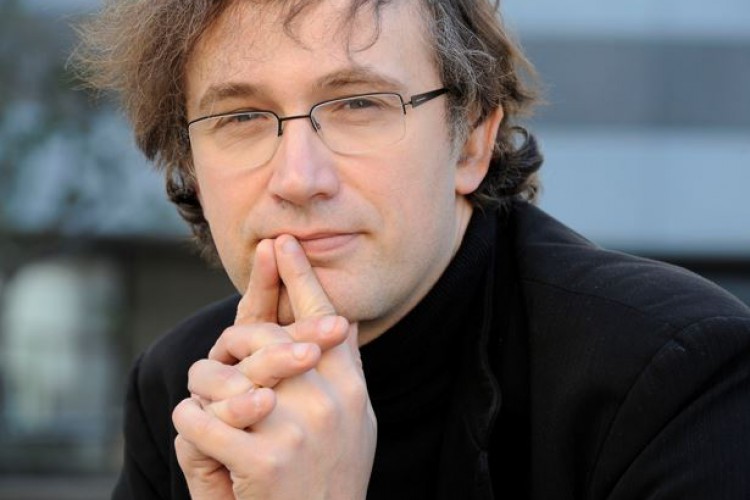