•
Hailed as a ‘brilliant organist’ (New York Times), Benjamin Sheen is one of Great Britain’s brightest young organists of his generation, having been named the winner of the Pierre S. DuPont First Prize at the inaugural Longwood Gardens International Organ Competition in June 2013. In that same year, he was also named second prize winner and the Jon Laukvik Prize winner of the 50th St. Albans Festival and International Organ Competition. He completed his Master of Music degree at the Juilliard School where he studied with Paul Jacobs. Before moving to New York City, Mr. Sheen received his Bachelor of Arts degree, with first class honors, from the University of Oxford, while concurrently serving as the organ scholar of Christ Church Cathedral in Oxford.

Mr. Sheen began his musical education as a chorister at St. Paul’s Cathedral, London under celebrated organist John Scott. In 2003, at age 13, he became the youngest person ever to give a full recital on the St. Paul’s Cathedral Sunday Evening series. While studying at Oxford, Mr. Sheen combined his position as organ scholar at the cathedral with a busy solo career, which led him to numerous engagements in cathedrals and concert halls throughout London and Great Britain (including Liverpool Cathedral, Westminster Abbey, York Minster, Cadogan Hall, and St. John’s Church, Smith Square), as well as further afield in Australia, France, Germany, and the United States. During his time at Oxford, he continued his organ studies with David Sanger and, later, Thomas Trotter which led him to gain his Fellowship of the Royal College of Organists (FRCO), winning the Limpus, Durrant, and Frederick Shinn prizes for performance. Mr. Sheen has made live appearances on both BBC Radio Oxford and BBC Radio 3 with the Christ Church Cathedral Choir, and has also performed with the Royal Philharmonic Orchestra under conductor Nicholas Cleobury, the Southbank Sinfonia, the London Mozart Players, and the Duisburg Philharmonie in Germany under conductor Jonathan Darlington.

In 2011, Benjamin Sheen gave a debut solo recital tour of Australia and New Zealand, with engagements including a performance of Poulenc’s Organ Concerto with the Scotch College Symphony Orchestra. That year he was also awarded a silver medal by England’s Worshipful Company of Musicians, given to outstanding young musicians in Great Britain. While studying at Juilliard, Mr. Sheen toured extensively across the United States, including solo recitals in Denver, Miami, San Francisco, Washington D.C., and Boston. He has been featured several times on American Public Media’s radio show Pipedreams. In January 2012, he made his Juilliard concerto debut with a performance of Lou Harrison’s Concerto for Organ with Percussion Orchestra as part of Lincoln Center’s 2012 FOCUS! Festival and for that performance he received critical acclaim in The New York Times.

Mr. Sheen has long held a great interest in the art of transcribing orchestral works for the organ, creating his own arrangements of Mussorgsky’s Pictures at an Exhibition, Brahms’ Variations on a Theme of Handel, Elgar’s Elegy for Strings, Shostokovich’s Festival Overture, and Elgar’s In the South (Alassio).

During his time at Juilliard, he held the position of Assistant Organist at St. Thomas Church, Fifth Avenue in New York City. Immediately following the untimely death in August 2015 of John Scott, St. Thomas’s renowned music director, he served as Acting Director of Music. He now holds the title of Associate Organist of the famed church where he works alongside director of music Daniel Hyde. 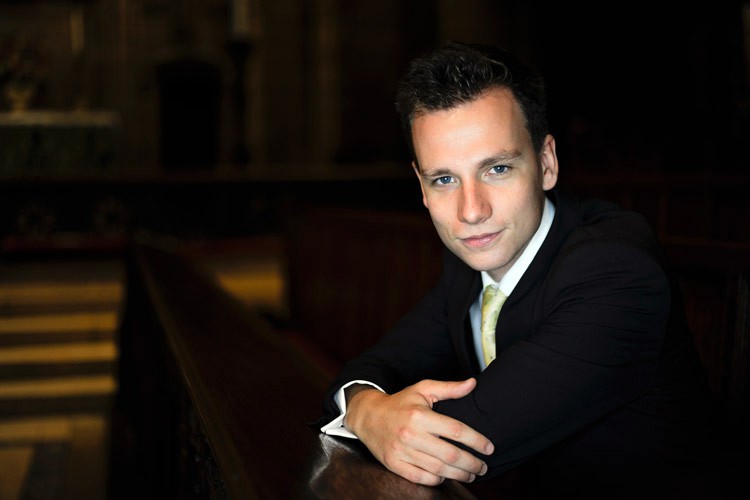