Houlihan has performed at Disney Concert Hall with principal brass of the Los Angeles Philharmonic; the Kimmel Center in Philadelphia, presented by the Philadelphia Orchestra; and at the Kennedy Center in Washington, D.C., presented by the National Symphony Orchestra. The Los Angeles Times raved about his Disney Hall debut, proclaiming, "Houlihan is the next big organ talent."

Christopher Houlihan has appeared in recital at celebrated venues across North America and Europe including the Cathedral of Notre-Dame de Paris, Glasgow Cathedral in Scotland and San Francisco’s Grace Cathedral and Davies Symphony Hall, as well as at numerous conventions of the American Guild of Organists and the Organ Historical Society. In 2017 he was featured performer at the closing concert of the AGO Southeast Regional Convention at Jacoby Symphony Hall in Jacksonville, where he presented the world premiere of Hannah Lash’s Ludus (written specifically for Houlihan). In 2014, Houlihan performed in a prime-time slot of WQXR's All-Day Bach Organ Marathon in New York City which was webcast live and seen by thousands. Houlihan's “Vierne 2012” tour attracted international attention and critical acclaim for his marathon performances of the six organ symphonies of Louis Vierne in six major North American cities. The Los Angeles Times called his performance there “a major surprise of the summer, a true revelation.”

In 2017, Houlihan released Christopher Houlihan plays Bach (Azica). Recorded at Trinity College, the CD was praised by The Whole Note as “playful, celebratory and sparkling with color” and by American Record Guide which stated, “there’s no denying Houlihan’s extraordinary achievement.” Houlihan's other recordings include music by Maurice Duruflé and Jehan Alain, and Organ Symphony No. 2 by Louis Vierne, both on Towerhill Records.

Christopher Houlihan was appointed to the John Rose College Organist-and-Directorship Distinguished Chair of Chapel Music at Trinity College in Hartford, Conn. in 2017, succeeding his teacher John Rose. He was previously artist-in-residence at Trinity, as well as Director of Music and Organist at the Church of the Holy Apostles in Manhattan.

In addition to his studies at Trinity College, Houlihan studied with the Grammy Award-winning organist Paul Jacobs at The Juilliard School, where he earned a master's degree, and with Jean-Baptiste Robin at the French National Regional Conservatory in Versailles. In 2015 he was selected for The Diapason's "20 Under 30", a distinguished list of leaders in the organ world. 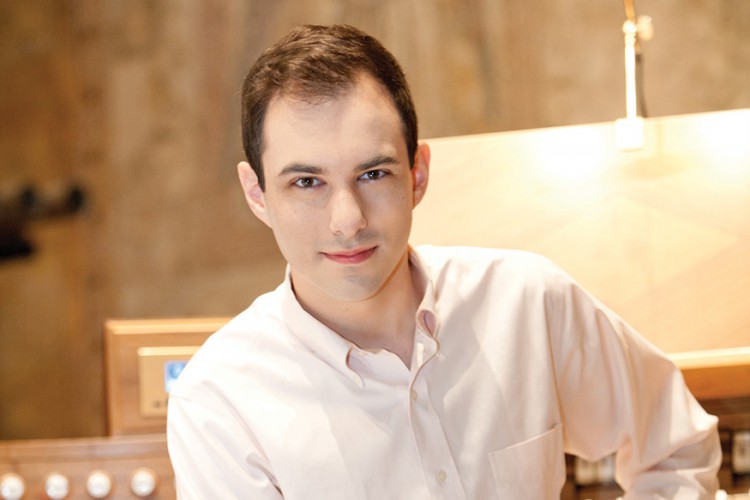