The Kauffman Center for the Performing Arts, a center for music, opera, theater, and dance, opened in downtown Kansas City, Missouri in September 2011.

What began as a sketch on a napkin has become an architectural icon and home for the performing arts in Kansas City. The Kauffman Center for the Performing Arts has changed Kansas City’s skyline, as well as the experiences of artists and audiences throughout the region.

The Kauffman Center is one of the most technically and architecturally advanced performing arts centers in the nation, allowing its resident companies and presenters to stage more sophisticated work, encourage interdisciplinary collaboration, and foster the cross-fertilization of the companies’ audiences. The 285,000 square-foot facility includes two separate halls: the 1,600 seat Helzberg Hall and the 1,800 seat Muriel Kauffman Theatre— both housed within a dramatic overarching shell featuring a glass roof and glass walls. The Brandmeyer Great Hall provides sweeping views of Kansas City. 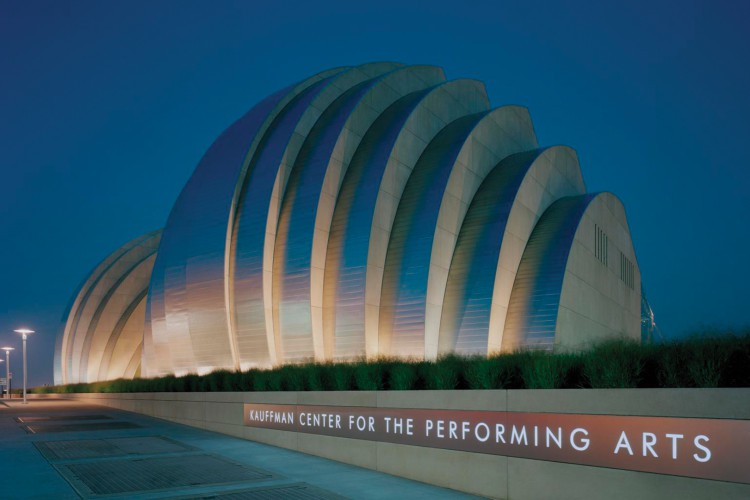